Millionaire’s Row used to refer to an area in a city. Now it’s the entire city. Can we really solve the housing crisis?

“Never believe that a few caring people can’t change the world. For, indeed, that’s all who ever have.’”

The housing crisis is not a problem. It’s a whole lot of problems working together.

There is no single organisation, no single idea and no single person, no matter how innovative or powerful, that can solve the problem alone. A fresh and more unified approach is needed. It’s time to join the dots.

A roof over your head.
Debt up to your neck.

Changing policies, finger pointing, demand, supply, and a disconnect between public and private sector players have all contributed to what has become one heck of a problem.

Pointing fingers is great for feeling morally superior. But not so good for solving problems.

It’s time to ensure that all the parties, from policy makers to infrastructure providers, developers, construction companies, consultants and planners, are aligned in a common direction with common objectives.

Wherever you find a group of Aucklanders, you’ll also find a fly on the wall that’s slowly nodding off as the housing crisis debate repeats.

“Do not go where the path may lead, go instead where there is no path and leave a trail.”

“Never believe that a few caring people can't change the world. For, indeed, that's all who ever have.”

“If the going is tough and the pressure is on

But rather a resolute mind firmly set on its purpose that refuses to let its body slacken or rest.”

“It is not the critic who counts; not the man who points out how the strong man stumbles, or where the doer of deeds could have done them better.

The credit belongs to the man who is actually in the arena, whose face is marred by dust and sweat and blood; who strives valiantly; who errs, who comes short again and again, ...who at the best knows in the end the triumph of high achievement, and who at the worst, if he fails, at least fails while daring greatly,”

THEODORE ROOSEVELT 1910 The Man in the Arena speech – Daring Greatly

“Here’s to the crazy ones, the misfits, the rebels, the troublemakers, the round pegs in the square holes... the ones who see things differently – they’re not fond of rules... You can quote them, disagree with them, glorify or vilify them, but the only thing you can’t do is ignore them because they change things... they push the human race forward, and while some may see them as the crazy ones, we see genius, because the ones who are crazy enough to think that they can change the world, are the ones who do.”

‘There’s no time for naysayers, milksops or quitters, no namby-pamby, wishy-washy lily livers. Solutions and problem solvers only please.’

Thehomepage.nz is a philanthropic and independent initiative with the sole purpose of solving Auckland’s housing crisis launched in 2016. This is the brainchild of Leonie Freeman, one of New Zealand’s most aspirational business women.

Leonie is a leader who commands an unusual breadth of insight into the New Zealand property sector, having held top positions on both sides of the private and public divide.  She was appointed CEO of the Property Council of New Zealand in December 2018

In 1996, she created the concept of what is now realestate.co.nz. The venture was originally known as RealENZ.co.nz. It was one of the first major commercial websites launched in New Zealand.

Her next project involved the purchase of a small run-down residential property management business. Leonie totally transformed ‘Interactive’ before selling it in 2007.

In 2011, Leonie was appointed to the board of the listed company – Goodman Property Trust.

Leonie has been the CEO of Property Council New Zealand since 2018.

Leonie is also a member of Global Women, a collaboration of New Zealand’s most influential leaders.

Auckland is in the depths of a major housing crisis.

Wherever you find a group of Aucklanders, you’ll also find a fly on the wall that’s slowly nodding off as the housing crisis debate repeats.

Changing policies, finger pointing, demand, supply, and a disconnect between public and private sector players have all contributed to what has become one heck of a problem.

It’s time to ensure that all the parties, from policy makers to infrastructure providers, developers, construction companies, consultants and planners, are aligned in a common direction with common objectives.

“Never believe that a few caring people can’t change the world. For, indeed, that’s all who ever have.”

It was against daunting odds that a small group of visionary Aucklanders met for the first time in 2016 and set a new course in an attempt to solve the crisis.

They realised that no single organisation, no single idea and no single person, no matter how innovative or powerful, could solve the problem alone.

A fresh and more unified approach was needed.

It was time to join the dots. 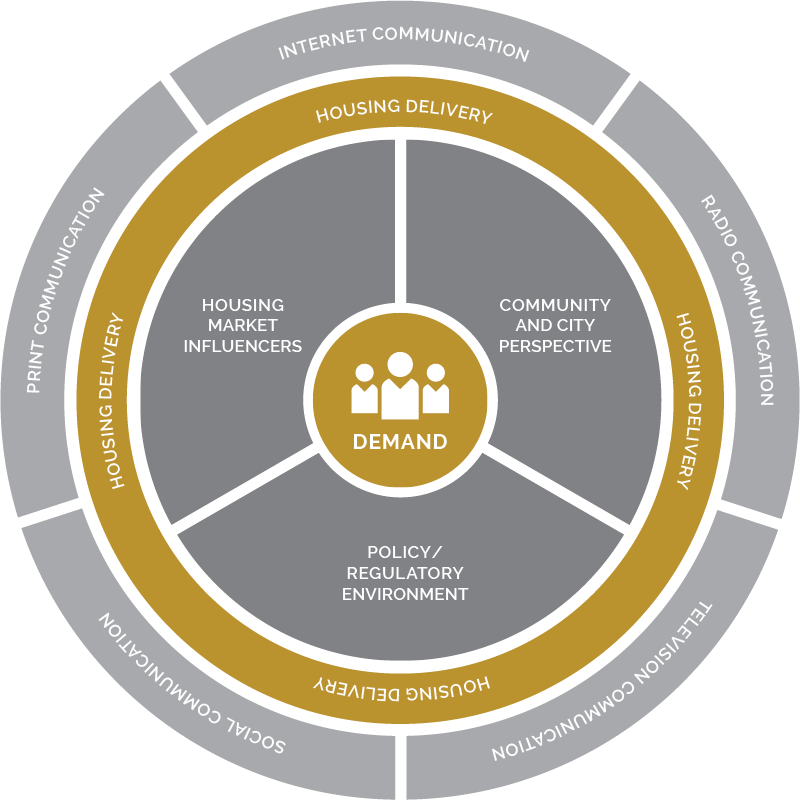 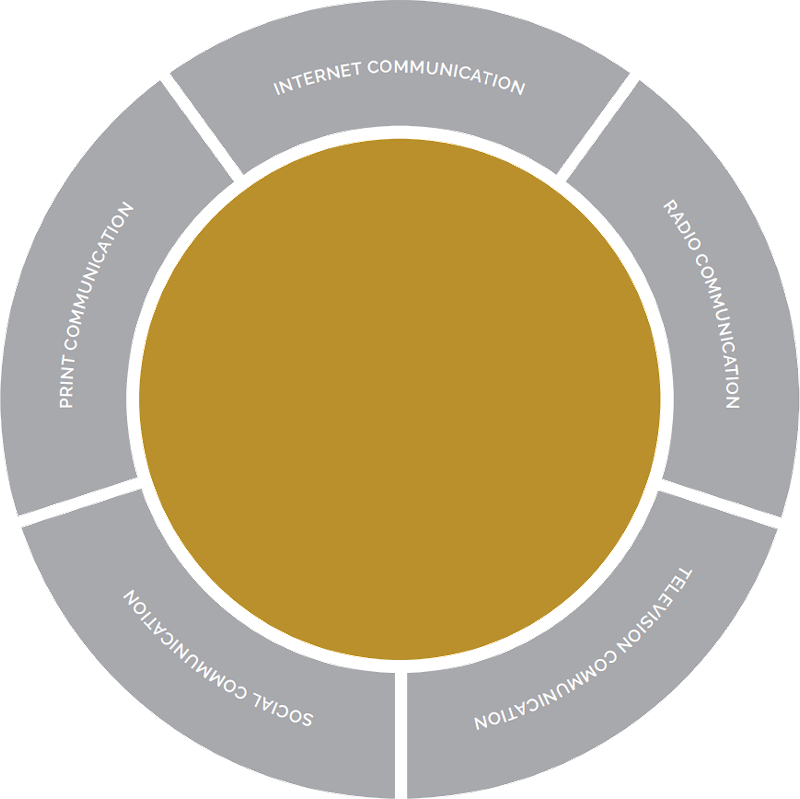 The various mechanisms to communicate with industry stakeholders and the wider Auckland community about what is happening, progress being made, and ensure there is a better understanding of the various opportunities for solutions. This includes the print media, radio, internet, social media, TV, seminars and key communications from Auckland Council and the Government. 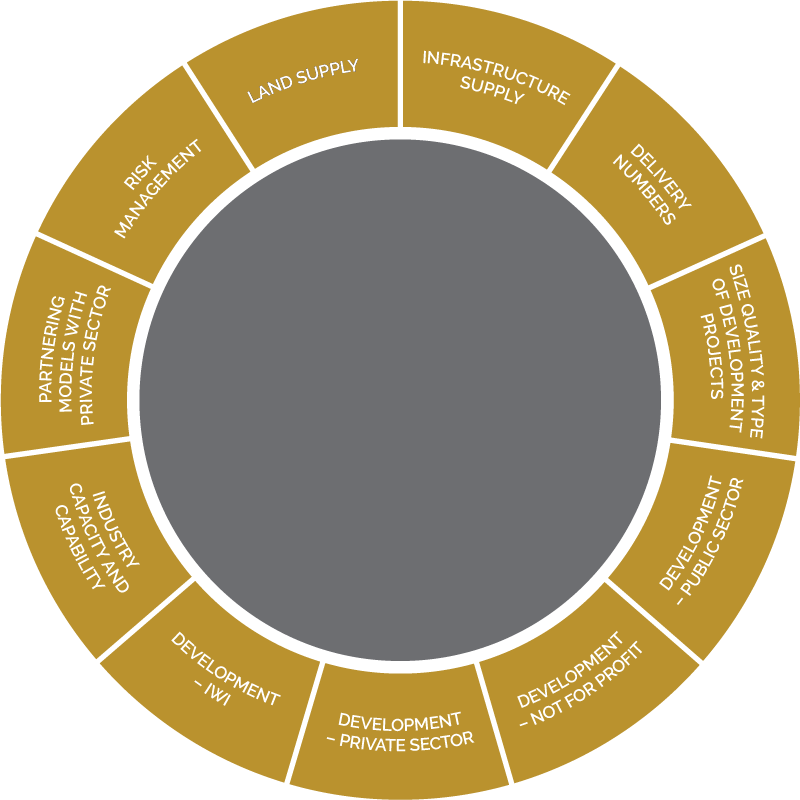 This covers the range of infrastructure and key amenities including water/sewer, roading, transport, schools and other key amenities as well as how do we fund it?

Reporting on what’s being delivered into the Auckland market, type, price range and location

Understanding the delivery programmes and pipeline for the Private Sector development companies, construction companies and builders, current blockages and what is required to gain further momentum.

DEVELOPMENT –
NOT FOR PROFIT

Understanding the delivery programmes and pipeline for the Community Housing Providers and others such as the Housing Foundation, current blockages and what is required to gain further momentum.

Understanding the delivery programmes and pipeline for the Private sector development companies, construction companies and builders, current blockages and what is required to gain further momentum.

Understanding the delivery programmes and pipeline for Iwi groups, current blockages and what is required to gain further momentum.

Understanding the range of options of partnering models between the public and private sector in order to gain further momentum.

Understanding the issues of risk for housing delivery to enable opportunities for mitigation in order to gain further momentum.

Including how much is available, location of available, scale and size, the stage of being “developable” and land-banking. 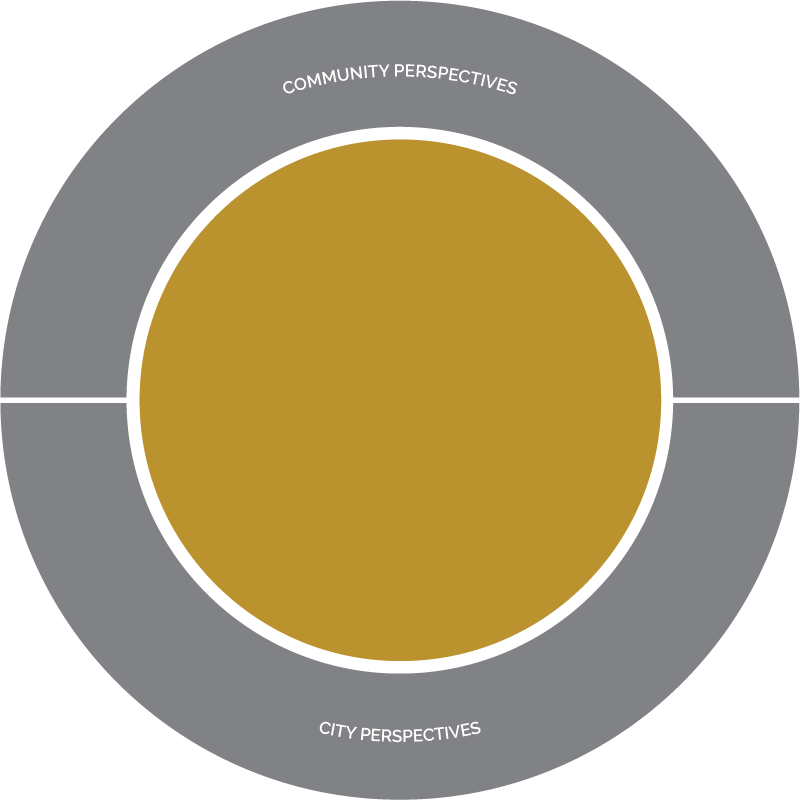 Understanding perspectives of individual neighbourhoods on issues such as intensification, typology and provision of transport and other infrastructure and amenities.

Understanding the perspectives of Aucklanders as a whole, including issues such as intensification, type of housing, impact on their neighbourhoods, who pays for infrastructure including transport, sustainable growth and prioritisation. 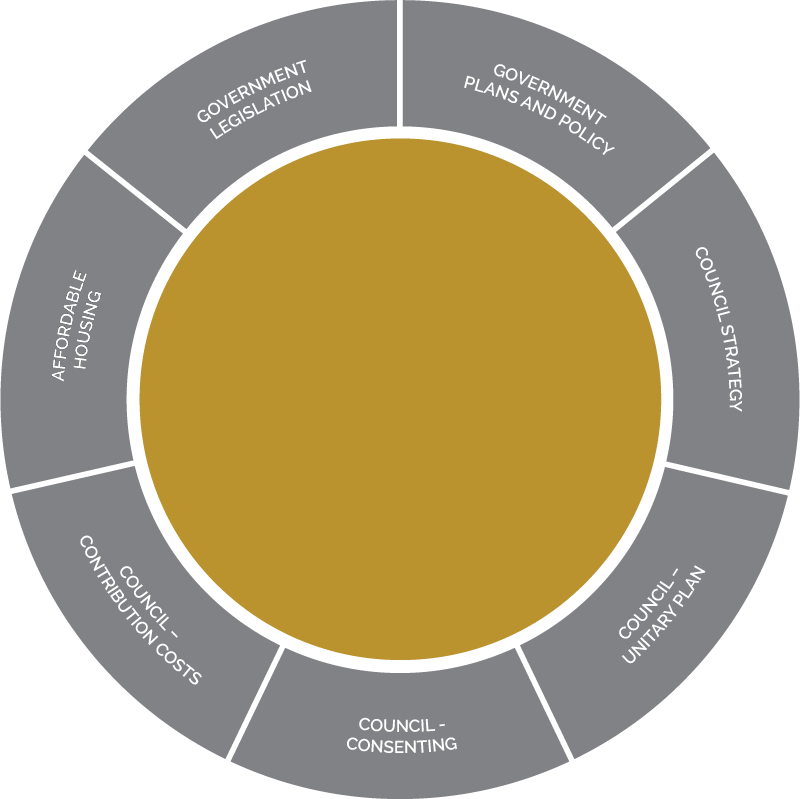 The Governments plan regarding housing including housing affordability, requirements for social housing as well as emergency/temporary housing. Taxation policies as well as the strategy for the government’s own land holdings.

The big picture strategic plan for Auckland of Auckland Council including future demand projects and its own strategy for its own land.

Understanding the implications of the Unitary Plan, and the Special Housing Areas.

Options, policies, measurements from within New Zealand and overseas. 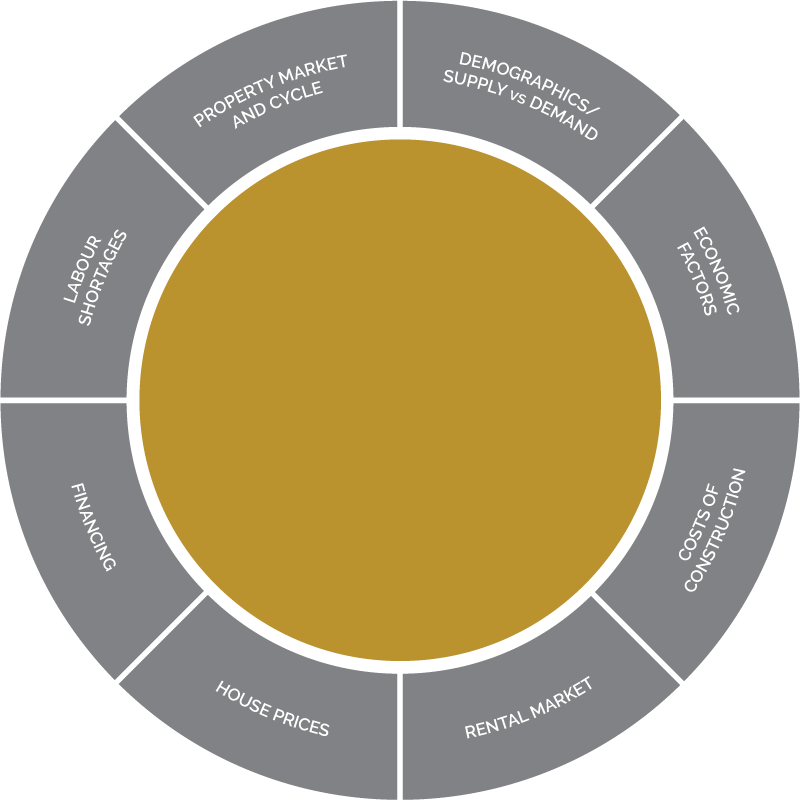 This includes all the costs of development including construction costs, professional fees, development and infrastructure contributions. This is also about the supply of materials.

Understanding the drivers in the rental market including the number of rental properties – both private investors and social housing rentals, as well as rental prices and vacancy levels.

What is happening with house prices, in Auckland, elsewhere in New Zealand and overseas.

Understanding the bank lending policies and the finance lending options for purchasers and developers. Identification of its impact on both the ability to buy a house, and from a developer perspective to fund a development.

Identifying the impact of these across a range of industries and professions.

Understanding where in the cycle the housing market is at, what are the expectations of developers, and what is the impact on risk and future supply. 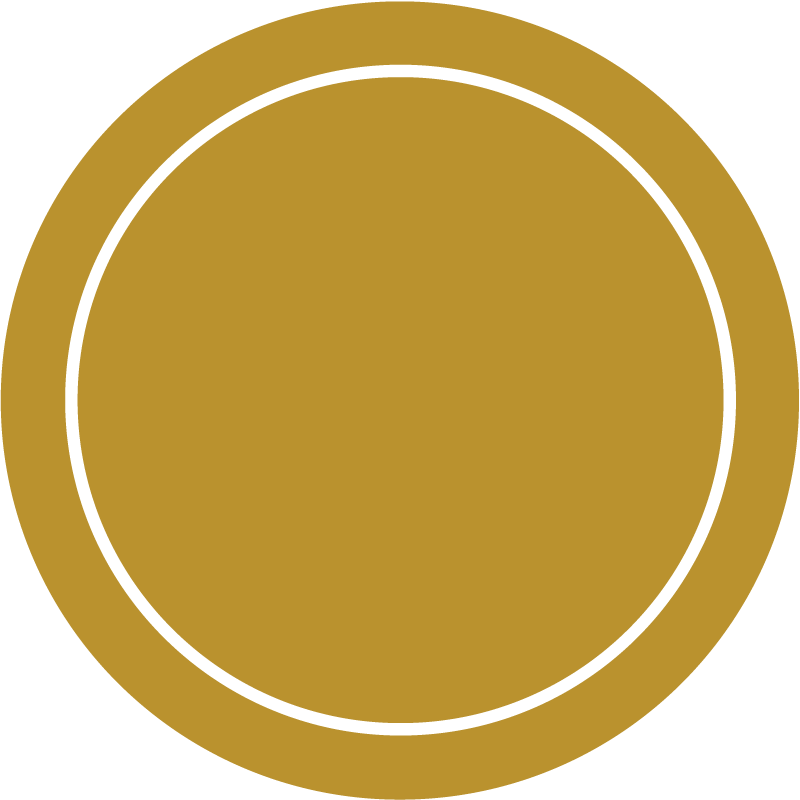 This includes home owners, investors, public sector and non-government housing providers who purchase houses.
The important issue is to understand the different requirements of each group.

This includes private market tenants and social housing occupiers and their key requirements.

You can contact me via email, phone or complete the form below to send me a message.

We do not collect personal information on this site unless you choose to give it to us. There are places on the site where you can choose to give us personal information, such as:
• emailing an enquiry to us
• adding a comment to our blog, noting that to make a comment on our blog, you must provide an email address so when we moderate the comment, we can contact you if necessary for clarification.
• registering your interest for future newsletters or updates

We will take all reasonable steps to ensure that information that is sensitive, private or confidential is protected from unauthorised use or disclosure.

Use of your information

We will never sell or rent your personal information to third parties. We will use information we collect from you for the primary purpose for which it is collected.

Email Newsletters and other notices

It is our policy to send emails and Newsletter emails you elect to receive. If you do not wish to receive any further information from thehomepage.nz please contact us by email.

We use cookies on our site where they are required for particular features to work.

Updates to our information practices

We reserve the right to change this policy. By continuing to use the Website, you agree to be bound by the amended policy. You should check from time to time to see if the policy has changed.

While we have made every attempt to ensure that the information contained in this site has been obtained from reliable sources and to ensure its accuracy, we cannot guarantee it. No responsibility is assumed for any inaccuracies.
In no event will thehomepage.nz, or employees thereof be liable for any decision made or action taken in reliance on the information in this site.

Material featured on this site, including scripts and code, belongs to thehomepage.nz unless otherwise indicated. You can reproduce this material free of charge without further permission, so long as you:
• reproduce the material accurately
• do not use the material in a derogatory manner or a misleading context, and
• acknowledge the source and copyright status of the material.