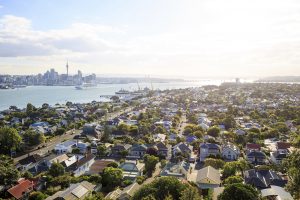 A philanthropic venture aimed at solving Auckland’s Housing Crisis has failed to gain commitment from Council or Government, despite a feasible plan from one of New Zealand’s foremost housing strategists.

In October this year, Leonie Freeman launched thehomepage.nz which, for the first time, provided a comprehensive picture of Auckland’s housing crisis together with a detailed solution.

Ms Freeman says “while many groups and individuals have indicated their willingness to put their shoulders to this wheel alongside mine, there is not a sufficient level of support to progress the project further.”

“In particular, Auckland Council has not formally responded to my proposal. But I have been informed indirectly that the Council, reflecting the position of the Mayor, has decided not to support the initiative.
In spite of the inquiries I have made, I see nothing from the Council to suggest that it has a better idea to present.”

“Similarly, the Government has not yet responded formally to the initiative. I understand indirectly that the Government believes there is already sufficient channels for participation and co-ordination of the housing crisis and their current focus is on land supply and infrastructure provision.”

“I must assume that at both levels, there is an unwillingness to support any proposal for tackling and fixing the housing crisis that doesn’t emanate from within its own policy-making apparatus. However, the progress we haven’t been making to date on Auckland’s housing crisis reinforces a conviction that the answer doesn’t lie within local or central Government either.”

Ms Freeman, is the pioneer who created and built the ground-breaking concept that now goes under the name realestate.co.nz. Over the past six months, she has been a tireless crusader, funding and committing her own resources to a venture that seeks to solve Auckland’s Housing Crisis. “It’s my contribution to Auckland and to trying to solve what many of us see as the biggest issue facing our city.”

The proposal recognises that while there is a dire and escalating problem in Auckland, what’s been missing so far is a visible, cohesive solution with clear targets. “We’ve reached a point where the need is so broad and deep that no single idea, organisation or person can possibly deal to it.”

Ms Freemans’s solution lies in the Collective Impact approach that has proven to be successful on a global scale. It involves bringing all of the key players in the housing space together to set up a new, not-for-profit organisation, which would sit at the centre of the initiative and drive delivery of the plan.

Additionally, the plan would create 3000 more social housing dwellings by 2018, ensuring that by 2025, 20% of social housing is provided by the community housing sector and that the needs of the elderly are fully met. For renters (who make up more and more of Auckland households), there would have been a far better range of secure tenure options. “And our intention was to eliminate homelessness in Auckland by 2022,” says Ms Freeman.

Ms Freeman has spent the past three months talking to key stakeholders in the housing sector, urging them to engage. “At this stage, I’ve been asking them to commit no further than getting involved and helping fund the next step, which is a six-month, detailed feasibility study. The deadline to commit was 30th November.”

“Although I am not in a position to take the initiative forward, as I’d hoped, it’s good to have added to the discussion and debate. And I acknowledge all the positive feedback, support and the great work undertaken by so many different people over the past six months.”

To read Ms Freeman’s plan for solving Auckland’s Housing Crisis, visit thehomepage.nz. You can also show your support for the initiative via Twitter @thehomepagenz and on LinkedIn at thehomepage.nz.

Notes to the Editor:

Leonie is a leader who commands an unusual breadth of insight into the New Zealand property sector, having held top positions on both sides of the private and public divide. In 1996, she created the concept of what is now realestate.co.nz. The venture was originally known as RealENZ.co.nz. It was one of the first major commercial websites launched in New Zealand.

Her next project involved the purchase of a small run-down residential property management business. Leonie totally transformed ‘Interactive’ before selling it nine years ago.

In 2011, Leonie was appointed to the board of the listed company – Goodman Property Trust. Leonie is also a member of Global Women, a collaboration of New Zealand’s most influential leaders.