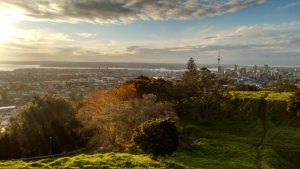 Even before we dial up the numbers, it’s clear we are in an uncomfortable space. Changing policies, high level cluelessness, a demand-supply failure, and a radical disconnect between the public and private sectors have all contributed to what is now widely acknowledged as a Crisis for Auckland housing.

The extent of the media coverage alone reinforces the fact that this is Auckland’s Public Enemy Number One – and it looks like being the Number One Election issue come September 23rd.

Going beyond impressions and scraps of information, what do the hard numbers tell us?

How many houses are we currently short?

Treasury estimates there is a shortfall of 35,000 houses currently in Auckland. This was reported in an online article by stuff.co.nz in February. The article sourced the figures to a housing supply and demand forecast produced in September 2016.

The Auckland Council’s Unitary Plan published in 2015 assumes that Auckland needs to build an additional 420,000 more homes by 2045. That equates to 14,000 each year for the 30 year period. It’s more than a little sobering to recognise that this requires a building rate two and a half times greater than what we’ve actually managed over the past quarter century!

MBIE estimates that the future number of consents will continue to increase but they are actually expected to decline from 2018. Consumer’s Warning: Just because a home is consented, it doesn’t mean that home will actually be built … as we see when we ask the question –

How many homes have we actually completed?

The numbers being completed are far less than those consented. Statistics from Auckland Council show that last year 7,200 houses were built. 6520 and 5550 were completed for year end 2015 and 2014 respectively.

SO CRUNCH ON THIS – DESPITE ALL THE FOCUS ON HOUSING IN THE LAST 9 YEARS, WE ARE BARELY COMPLETING HALF THE NUMBER WE NEED!

Which leads to a further question: when do we acknowledge that what we are doing isn’t solving our problem and won’t solve our problem?

Surely, it’s way past time to be implementing a different approach. The approach I’ve been advocating is based on genuine partnership. It would see all the players – government, council, iwi, developers, the community housing sector and the finance community single-mindedly focused on how we get more homes built, and how we make more of them affordable.

I launched a comprehensive solution on my website thehomepage.nz in October 2016. It entailed four key steps:
1) Defining the vision by identifying where Auckland wants to go and what success looks like.
2) Implementing an approach called Collective Impact to ensure the ideas can be implemented. This is a practice adopted both within this country and globally to solve complex problems – ensuring that everyone is working together towards the same goals, taking responsibility for real outcomes and monitoring progress against measurable timelines.
3) Creating a housing framework, first to make sense of the problem and, second, to establish where all the pieces of the housing jigsaw fit.
4) A purposeful and practical action plan which ensures we are clear and transparent about where we are going and how we can get there together.

Here is a sample of the outcomes that I am confident could be achieved out of this approach:

You can find more detail about the tangible targets and what we will do to achieve them on my website – www.thehomepage.nz
.

This is categorically about more than just talking, though talking together in a focused way isn’t a bad start. But hot air is only good for filling balloons. My process is designed to achieve, collaboratively, a long term fix for Auckland’s housing crisis. Which means it’s about getting the houses we need built. Nothing less will do.